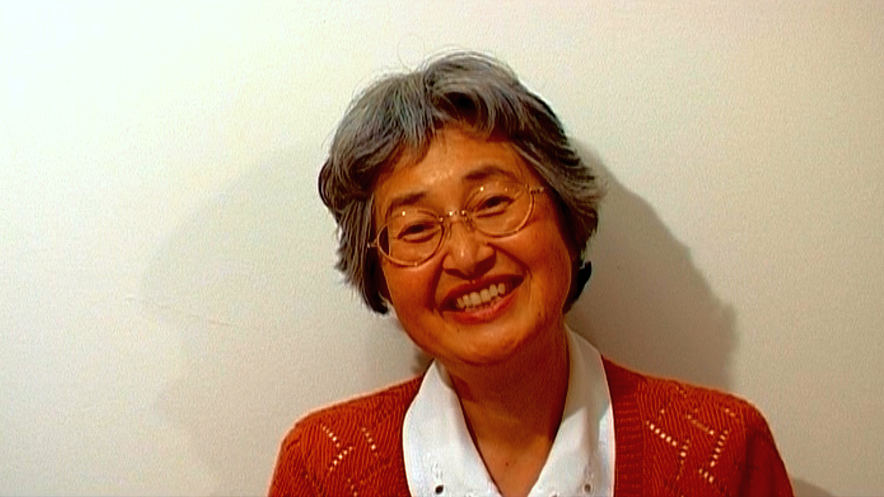 Intimate and warm, this portrayal of the film-maker’s Japanese mother explores experiences, reflections and memories of family and life in Japan and “barbaric England”. As the journey unfolds, we find ourselves in Japan for The Festival of the Dead. Here, the emotional idiosyncrasies that lie behind this national cultural festival are revealed, and the importance
of “blood, “land” and “culture” in understanding “home”, and who we are in the world, is put into question…

Jennifer Tomoe Peachey,
or Narita Tomoe, was born to a Japanese mother and an English father in Essex in 1983. Her experiences of being treated as ‘half-and-half’ in both countries despite her adamance that she is simply ‘a whole’, and various accidents and incidents led her to social anthropology. After studying said subject at the University of Cambridge, she went to on to do a Masters in Visual Anthropology at the University of Manchester where she was introduced to the wonderful world of film-making. She is currently combining her interests in anthropology and film in her PhD at the University of Aberdeen.
Filmography
2006. Preparations, running time 20mins.
Observational documentary of Amber Watch, a group of fire-men in a Manchester Fire Station.
2007. Fantastical Friendship, running time 12mins.
Observational documentary following a group of friends who engage in live action role play.