Who Can Become a Bellman 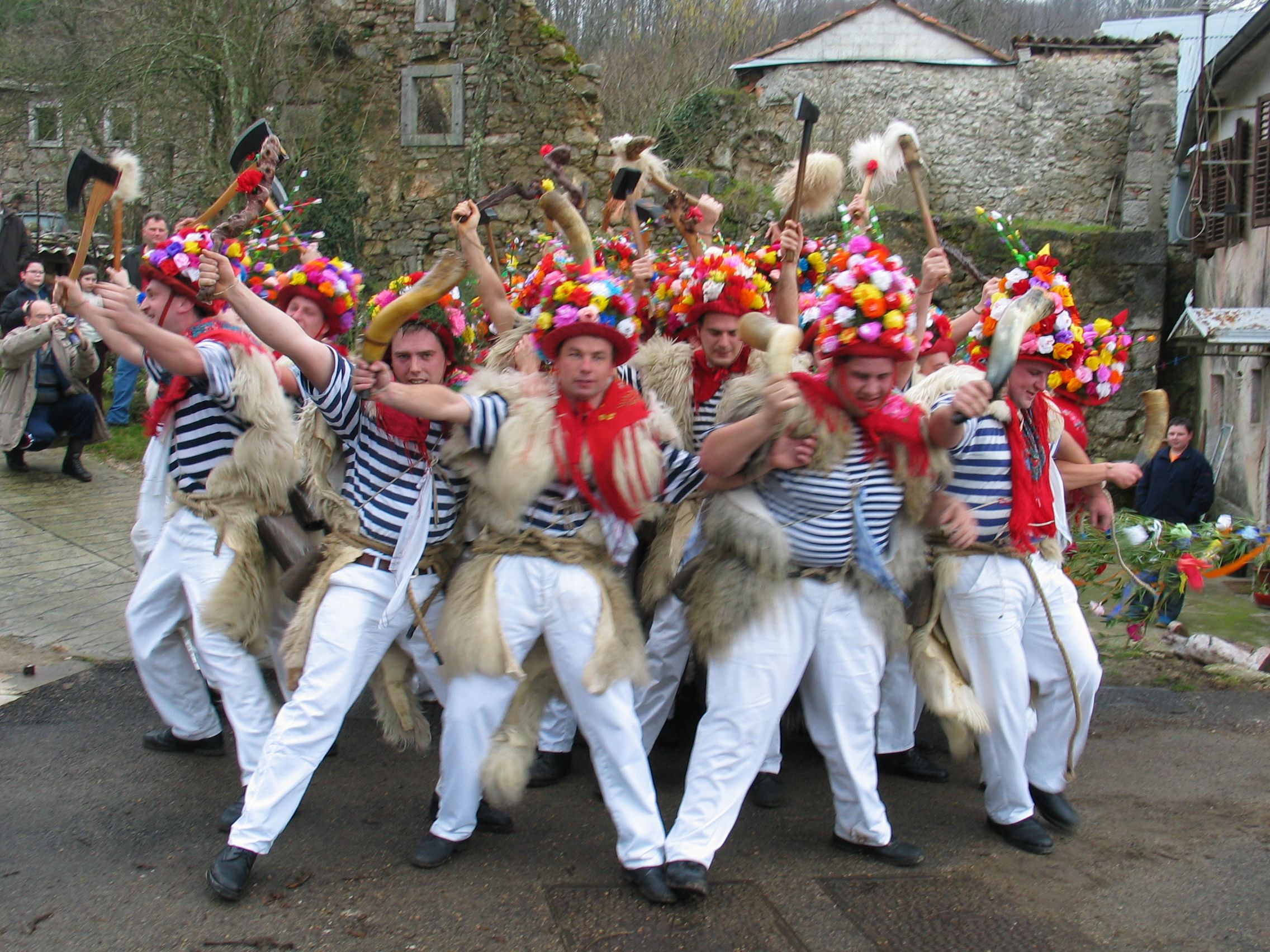 The bellmen (zvončari) of the Kastav region are colorful Carnival characters that fill TV-screens with report segments when they start on their parades every year. For 12 years a parade of traditional Carnival groups has been taking place in Matulji on Lent Saturday, when almost all bellmen groups from the Kastav region come together. And everything is hunky-dory, everything is clear. But two bellmen groups have been quite adamant about staying away from the Matulji parade – the ones from Rukavac and Zvoneće. Unlike all other bellmen groups who travel to events around the country and the world, these two refuse to go anywhere. Their motives give rise to some fundamental questions pertaining to the modern purpose of traditional customs and appropriate modes for their modern incarnations, a topic on which not even ethnologists agree. At the same time, around Kastav new groups are appearing all the time and the bellmenship is gaining momentum, but it is increasingly integrating new occurrences that cultural globalization continuously and mercilessly brings in its wake.

IVO KUZMANIC Born on 19th July of 1966 in Zagreb. – author and co-director (with Tihomir Beritic) of the feature film, Dimnjacarska simfonija (The Chimney-Sweeper’s Symphony) (1992), which was shown at the Croatian Film Festival (Dani Hrvatskog filma) and at the film festival in Imola, Italy. – directed Zemlja na dlanu (Earth in the Palm of the Hand), a television series about ecology for the Croatian state television company, HRT (29 half-hour shows) – co-author (with Darko Vernic Bundi), cammerman, and actor in a number of experimental films, including Put do sreće (The Road to Happiness) and Na dnu I, II (At the Bottom I, II) – co-directed (with Darko Vernic Bundi) Animavizija (“Animavision”), the first television show about animated film – director, chronicles of the World Festival of Animated Film, which takes place in Zagreb every two years – directed three music videos and a number of live music shows – director, chronicles of the annual International Folk Festival – directed a documentary film, Kirvaj u Kupini (The Patron Saint’s Day Festival in Kupina), about traditions in Slavonija – created the television series Tragom bastine (In Search of Heritage) (1998) – director and screenwriter, thirty-minute documentary films for the television series Tragom bastine (In Search of Heritage), with Tomislav Pletenac, ph.d. (narrator, screenwriter), Department of Ethnology And Cultural Anthropology, University of Zagreb. The most recent film in this series, Bederske price (Tales from Beder), was awarded a prize at the International Ethnological Film Festival in Belgrade, Serbia and Montenegro 2003 – director & co-writer of Maskori z’ Turcisca (The Turcisce Carnival), 46-minute documentary, awarded with the Grand Prix of The International Ethnological Film Festival in Belgrade, Serbia and Montenegro 2004; award of Slavonia Heart Festival, Djakovo, Croatia, 2010 – director of Prilepski meckari (The Bear Men From Prilep), 30-minute documentary, awarded at The International Ethnological Film Festival in Belgrade, Serbia 2006, as the best foreign film – director of Ki more bit zvoncar (Who Can Become a Bellman), 55- minute documentary, awarded with Mayor Prize at Etnofilm festival 2008, Čadca, Slovakia, and with the Best foreign film prize and the Best script special recognition at XVII International ethnological film festival 2008.