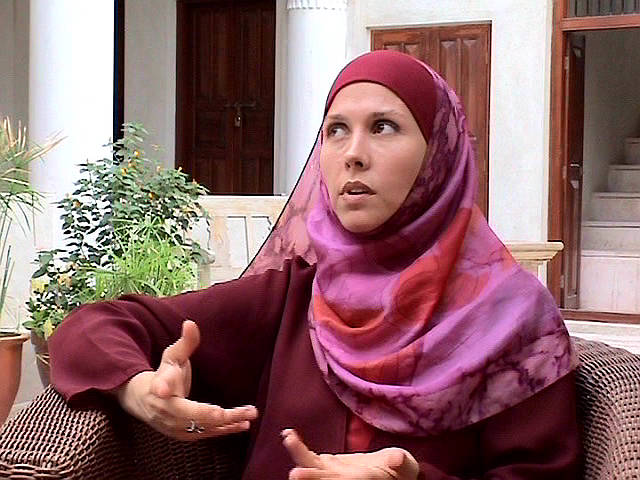 Unveiled introduces the audience to ten Muslim women from various backgrounds who now live in Dubai, United Arab Emirates. Their discussion about hijab, the headscarf, revolves around a lecture on the same topic that was banned last minute but delivered anyway. In a time when Islam and especially Muslim women are represented as monolithic and beset by backwardness, the women in (un)veiled show the diverse, lively, argumentative debates in Muslim societies about the meanings of modernity, emancipation, and feminism.

Ines Hofmann Kanna is a freelance writer, producer and director, currently living in Oakland, California. She was born and raised in East Germany and came to the United States as a anny first and a graduate student later. She worked for Boston’s PBS station, WGBH, for ten years. Her production credits include Antiques Roadshow and its spin-off magazine series Antiques Roadshow FYI as well as the German language series Fokus Deutsch As a freelancer, she has produced and directed commercial TV series such as Dr. Danger – Middle East (adventure travel,) other PBS productions such as Saddle Up with Dennis Brouse (horse training,) as well as films for non-profit organizations. In her personal work, she prefers documentary-making and exploring women’s issues around the world. Her most recent documentary is (un)veiled: Muslim Women Talk about Hijab, which won Second Jury Prize at the 2008 Black Maria Film Festival and is a jury selection at the 2008 Hot Springs Documentary Film Festival and the 2008 MESA Film Festival.