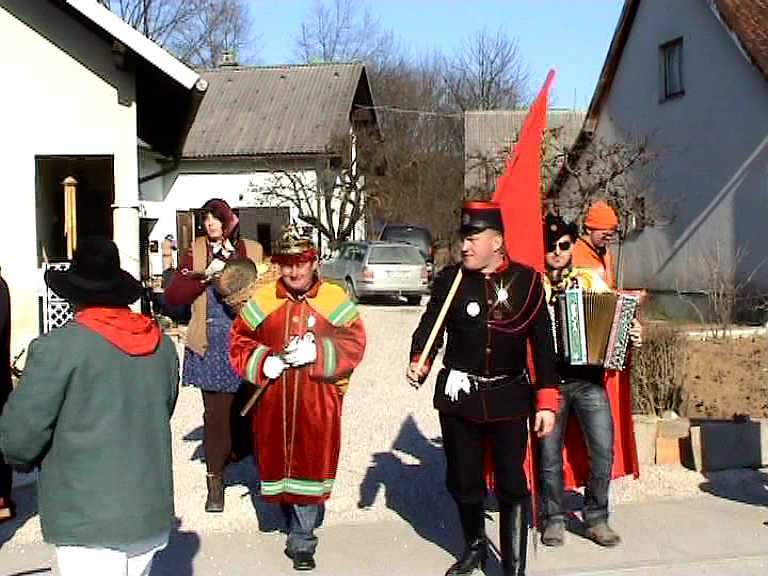 Šelmarija is a carnival held in Kostanjevica na Krki. The carnival figures, called
Šelmarji, are members of the Perforcenhavz club, and the central figure is Father Šelma. The carnival, which features elements of village and town carnivals, lasts several days. The principal events take place from Carnival Sunday to Ash Wednesday, when Kurent is buried. In the morning of Carnival Tuesday a Bear is driven through the town, in the afternoon it is carnival ploughing and sowing, and in the evening a promenade concert is held. The images show the ploughing and sowing. The carnival parade passes through Kostanjevica, stopping at every inn, where the performers are offered drinks. At the front of the parade are children with the Beater, dragging a plough with the Ploughman. Behind the plough follow the Sower, who sows ashes, Angelca, the Doctor, and the other members of Perforcenhavz. The plough breaks down several times during the parade. Most attention goes to Angelca (a lad dressed as a woman) who carries food in a basket on her head and keeps falling down; she is helped with drinks and other remedies by the Doctor. The parade stops cars in the streets and collects cash contributions. 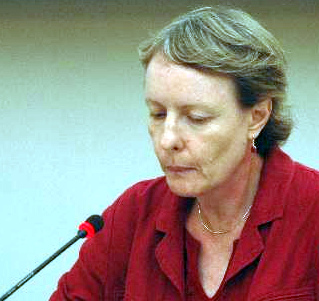