The Well – Water Voices from Ethiopia

This is the Horn of Africa, a region of the world that is periodically shocked by terrible droughts.Here, each year, in the dry Oromia lowlands (South of Ethiopia), when the drought is coming the Borana herders gather with their livestock,after days and days of walk, around their ancient “singing” wells. With its strong photography and its epic narration, the film follows their life during a whole dry season, showing a unique traditional water management system that allows to manage the little available water as the property and right of everyone, without any money being exchanged. 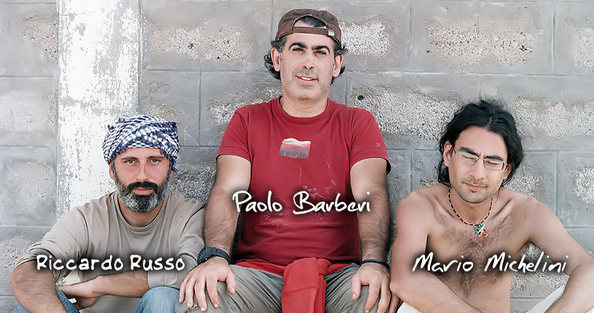 Riccardo Russo, born in 1974, is an Italian independent filmmaker working in the field of social documentary production. With a PhD in Human Geography and a specialization in Audiovisuals for Human Rights, he founded in 2004 “Esplorare la Metropoli” Researchers and Filmmakers Association together with Paolo Barberi, co director with him of the documentary film THE WELL – Water voices from Ethiopia. During the last years he realized several publications and documentary films on socio-environmental themes and human rights, collaborating with Film Productions, Universities and NGOs worldwide.

Paolo Barberi born in Ravenna (Italy) in 1968, anthropologist and filmmaker, learned the basics of editing and shooting as grant holder at the Visual Anthropology Laboratory “Diego Carpitella” – Sapienza University of Rome. His research fields are in particular urban studies and visual and media anthropology. He founded in 2004 the Esplorare la Metropoli Researchers and Filmmakers Association together with Riccardo Russo, co director with him of the documentary film The Well, Water voices from Ethiopia. He is now teaches cultural anthropology at the University of Rome “La Sapienza”.

Mario Michelini born in Frascati, 1975 is a Geographer and filmmaker, who works in international development and specializes in indigenous issues.