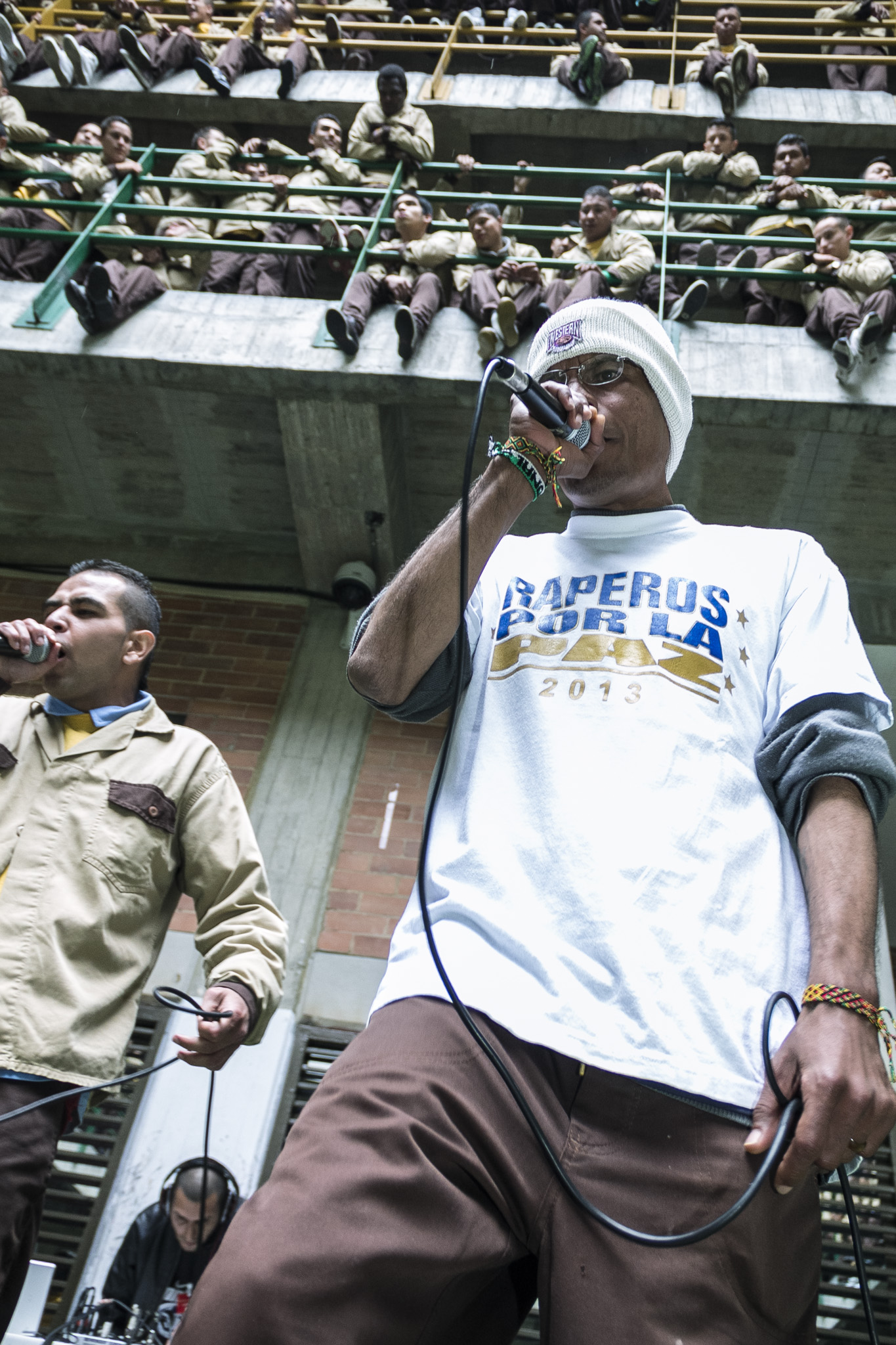 Can rap be a way out of prison? Hip-Hop is often associated with drugs and violence and therefore seen by many as a way into prison, but Alma Negra, DJ Roky and New York, three inmates at Distrital prison in Bogota, Colombia, demonstrate the opposite. For two hours a day they are allowed to leave the courtyard to write and practice their music. Rap enables them to protest and share their experiences in life. This film tells their story, revealing the impact Hip-Hop has on them.

Simon Rasing is an ethnographic researcher and filmmaker from Utrecht, Netherlands. He attained an MA in Visual Anthropology from the Granada Centre, University of Manchester, and a BA in Cultural Anthropology from the University of Utrecht. During his MA degree he has made two documentary films: Addiction – a fiction and Hip-Hop, mi desahogo (Hip-Hop, my release). The latter was an ethnographic film project carried out over the summer and autumn in Bogota, Colombia. Simon is currently based in Manchester, working on his latest documentary film My Greatest Achievement.