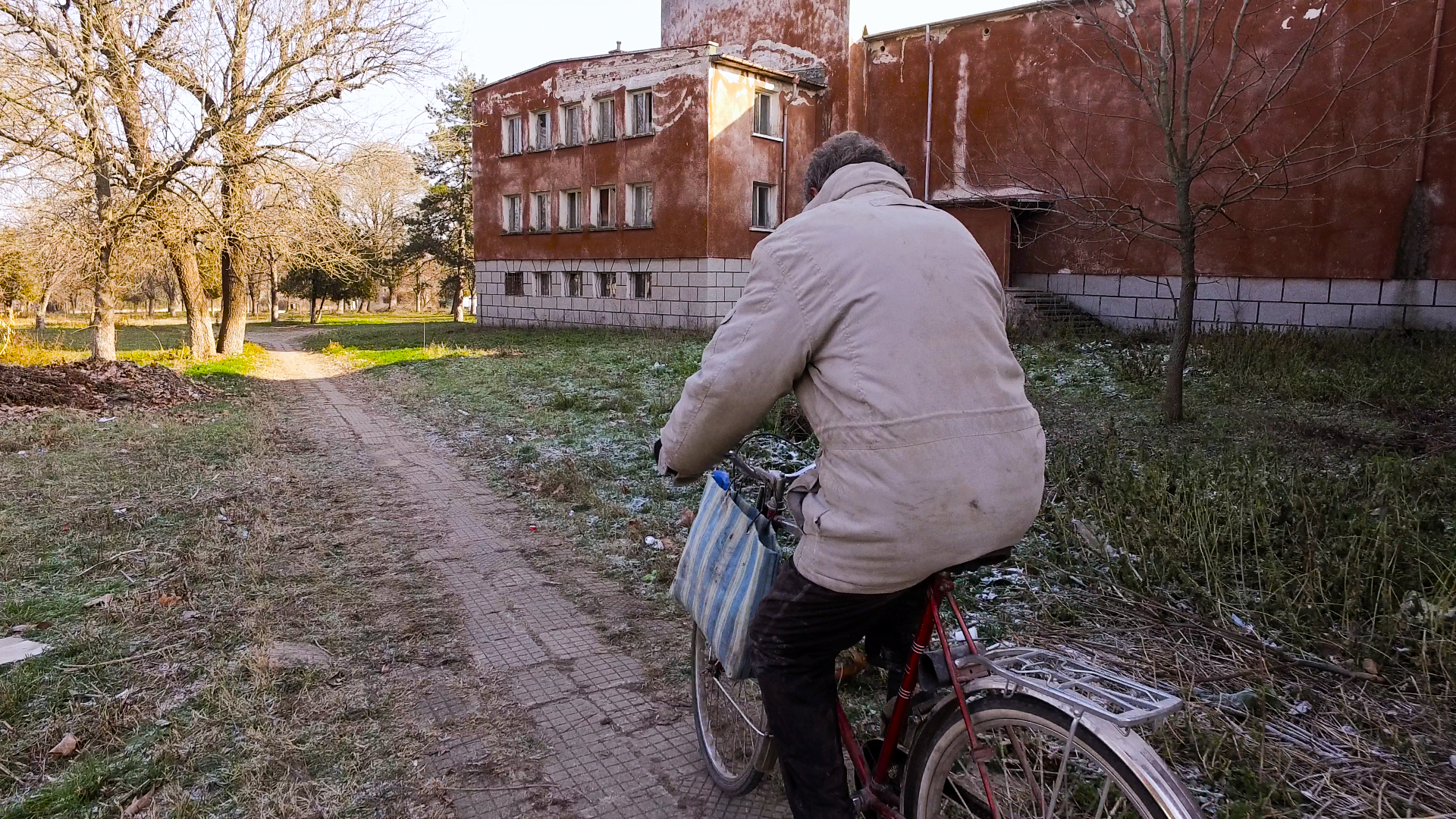 Since the collapse of the communist regime in 1989, Bulgaria has experienced the most extreme population decline in the world. Low birth rates, high death rates, and two large waves of emigration have erased villages from Bulgaria’s map and pushed others to the verge of extinction. Altimir explores life in one of Bulgaria’s disappearing villages haunted by the promises of both communism and capitalism.

Kay Hannahan is a documentary filmmaker based in Queens. She codirected the series Lost in Bulgaria, which was nationally broadcast on Nova Television in 2011, and has spent years making films in Bulgaria, where she was a Peace Corps Volunteer. Her short films Altimir, Yordan, and A Family Tradition Since 1920 have screened at venues such as NYC Indie Doc Fest, Crane Arts and The Society for Visual Anthropology. Kay holds a MFA in Film & Media Arts with an emphasis in Documentary Arts and Ethnographic Practice from Temple University and a BA in Anthropology from Concordia University Montreal. She was recently awarded Black Maria’s Global Insights Award and was a Flaherty fellow in 2014. She enjoys almond croissants, news programs, and fine Bulgarian moonshine – in no particular order.